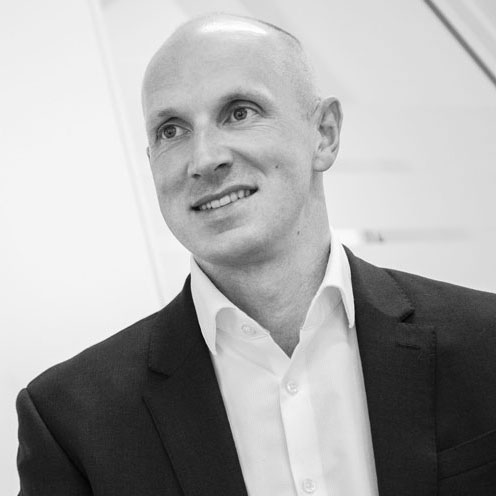 Kieran has over 18 years’ experience as a structured finance professional, focusing most of his career in the speciality finance sector. Clients value his leadership and no-nonsense approach, and his willingness to challenge them on all aspects of their business, bringing to bear his extensive and varied experience to the benefit of their businesses.

After working alongside Marc at Barclays and Barclays Capital, in 2006 Kieran joined Morgan Stanley’s Securitised Products Group. Against the challenging backdrop of the credit crunch, in 2008 he and Marc joined RBS to establish what became the number one lending franchise to the speciality finance sector, leading most of the UK’s major consumer finance deals over a period of five years.

Having funded Shawbrook Bank as a start-up investment at RBS in 2010, Kieran then joined Shawbrook in 2013, where he and Marc jointly led the new Wholesale Finance division which became one of the most successful divisions for the bank and he played key role in the IPO of the business in 2015. Most recently Kieran led the Asset Finance business at Shawbrook, focusing on the full array asset classes in the sector and launching four new businesses for the division.

Our goal is to build Quilam into the leading investment partner to the speciality finance sector.

We enjoy the challenge of developing a business from scratch. We share in our clients’ highs and lows, and take delight in seeing them thrive.

We have extensive knowledge and experience of deploying capital and building specialist lending platforms in the UK and Europe.